The Light of Clare Shines in Cork

On Christmas Eve 1914, a dream was fulfilled for a local Cork businessman, Walter Dwyer. This was when the first Mass was celebrated at midnight with the Poor Clares in Cork. He had a daughter, a Poor Clare in Tournai, Belgium, and his one wish was to have her near him when he was dying. Could it ever happen?

She had entered the Poor Clares in Belgium, taking, along with the three vows of Poverty, Chastity and Obedience, a fourth vow of Enclosure. This meant that she would never leave the monastery apart from exceptional circumstances, such as going on a new foundation. Mr. Dwyer’s love for his daughter and his keen determination to have his one wish fulfilled made him confide in a great personal friend of his, a well-known Jesuit priest of holy memory, Fr. Willie Doyle. Together they got going on a plan. Mr. Dwyer would finance the building of a new monastery if Fr. Willie could see to the other side of it: finding nuns to put in the monastery so that the beloved daughter, Sr. Maria Dwyer, could return to the new Cork foundation!

How We Spend our Day

A frequent question we are asked is, what do you do all day?

Here is a glimpse into a day in the life of a Poor Clare Sister. We begin our day when a “little knock” is heard at our cell door (monastic term for bedroom) at 5.30 a.m.! “God reward you” are the first words we speak as we start our day!

At 6 a.m. we pray the Angelus and we offer our day to God through the Morning Offering Prayer. At this time we commence Exposition of the Blessed Sacrament, and there is always a sister in prayer with Jesus while the Blessed Sacrament is exposed. Our entire day is centred around Jesus who is truly present in the Blessed Sacrament. During these early hours our community gathers together for our first Meditation of the day and Morning Prayer which consists of chanting the Divine Office, the official prayer of the Church. The Divine Office is composed of Hymns, Psalms, Scripture readings and intercessions. Six times throughout the day and once at Midnight, we chant the Divine Office together: offering praise, worship, intercession and Thanksgiving to God. 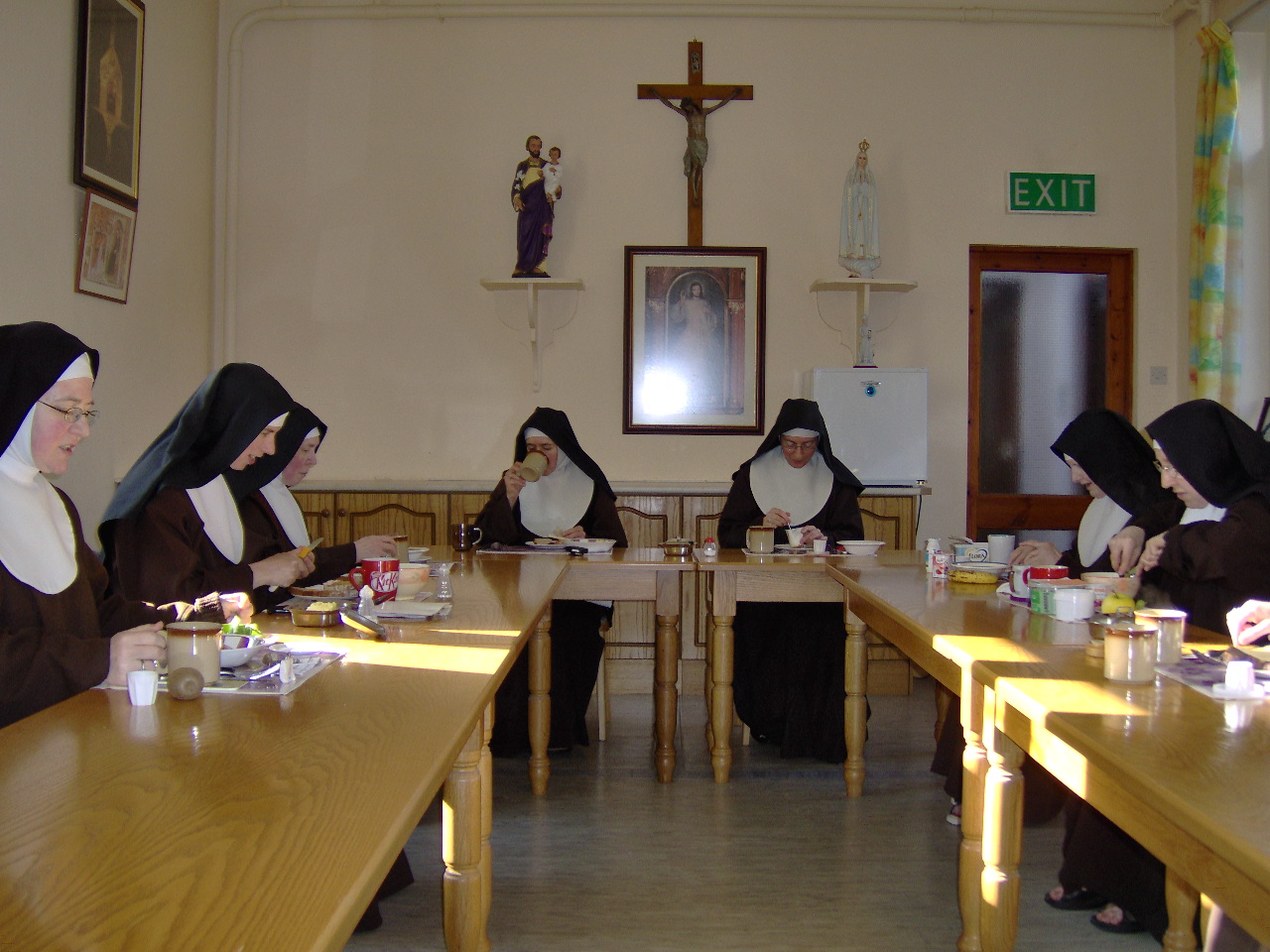 Read more: How We Spend our Day