In the Twinkling of an eye 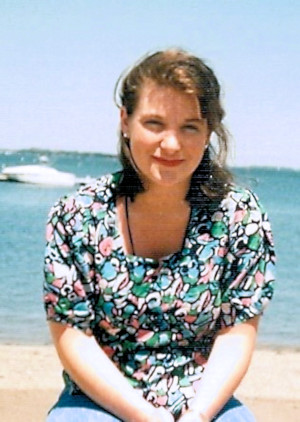 I was 17 when I first felt called to enter religious life – a call I wasn’t really expecting or in any great hurry to answer at the time.

I was preparing for my Leaving Cert., at the Mercy Convent in Mallow when a young sister of Mercy told us about her vocational journey.

I can’t remember anything about her story and I wouldn’t recognise her if I saw her now but the seed was sown!

My initial reaction was one of fear. At that time I did not know the One Who was calling me or how gentle, loving and merciful He is. I thought that entering religious life meant I would lose out on the many opportunities life had to offer and I had hoped that someday I would get married and have a family. So needless to say I resisted the call and tried very hard to forget about the whole idea.

I grew up in the country on a farm a few miles outside Mallow town with my five brothers and four sisters, I am the second youngest. My parents worked hard on the farm and had a deep faith which they tried to hand on to us. We went to Mass and the Sacraments and prayed the rosary together. But in spite of all this I would say my faith was dormant. I never doubted the existence of God growing up but at the same time I was never really aware of just how close He really is in the Person of His Incarnate Son, Jesus and how He longs to be part of all that is happening in our lives.

After I completed a secretarial course I worked as a secretary for a number of years. During those years I became involved in sport. I was caught up in the world of fashion and looked forward to going out with my friends enjoying the buzz of the social scene - at least to a point. Yet it left me feeling empty and wondering was there more to life. I sensed that life must have a deeper meaning but that I was not in touch with it - I was living on the surface. Even though my relationship with Jesus was weak at this point the call to religious life persistently returned but I lacked both the courage and the faith to do anything about it so I continued to ignore it.

However one day I found myself sitting at the back of St. Mary’s Church in Mallow. I knew I was drifting through life with no anchor and no goal. I also knew that I would never be free to move on with my life unless I first faced the possibility that I might have a religious vocation. So there and then in the twinkling of an eye I surrendered my life to God. I can’t quite explain what happened but life has never been the same since! At that moment a tremendous joy and peace entered my heart and with it an inner strength and conviction about my faith. My outlook on life changed as a whole new horizon seemed to open up before me and the fear of following Jesus disappeared. I believe my faith which had long been dormant was re-awakened in that moment and I sensed new life bubbling up within me – and though I didn’t know what would happen next I trusted that everything would work out fine. I had discovered the meaning and purpose of my life in God’s call – a call to intimacy and close union with Jesus - all in the twinkling of an eye!

As I was leaving the Church I stopped at a little side altar to our Lady of Perpetual Help and entrusted myself to her. I returned to work (at that time in a family business) and later in the day happened to stumble on an old picture of our Lady of Perpetual Help hidden away in a dark corner of a shelf. I felt our Lady’s maternal presence and that She was telling me She would always be there to help me and accompany me on my journey. The picture is now hanging beside my bed! I went home that evening and told my mother that I thought I might have a vocation to the religious life. (My father had died three years earlier) She replied, “I won’t stand in your way, Eileen.”

The following day I contacted a Franciscan priest, Fr. John Bosco who was a friend of my family. I had grown up with a Franciscan influence in my life. My father’s brother, Br. Matthew, a Franciscan Friar would visit us during the year and when we went to Cork we were always greeted with a cup of very strong Barry’s tea at the Friary! We met and chatted about my vocation and about the Poor Clares which is the second Franciscan Order. My first contact with the Poor Clares was in Lourdes while on pilgrimage there some years earlier. Fr. John Bosco wasted no time in arranging a meeting with the Poor Clare sisters here in Cork and in no time I found myself standing at the Monastery door half terrified and not knowing what to expect. But I was pleasantly surprised! The sisters were warm and friendly and very focused in their way of life. I was struck by the simplicity of their Gospel way of life with its particular emphasis on imitating the poverty of Christ.

After a few visits to the Monastery we decided the next step in my discernment was to spend some time with the community so we arranged a suitable date, 14th to 27th of June. When arranging this date I didn’t remember that it was my Uncle, Br. Matt’s
anniversary! He had died two years earlier on the 14th of June. I told some members of my family at this stage but they thought it was a passing phase!

So I spent two weeks sharing the life of the sisters. The Lord was quietly working away in the depths of my heart during this time but did not show His Will clearly to me yet. God’s timing is perfect! On the last day of my ‘live in’ one of the sisters suggested I consecrate myself to our Lady. This I did using St. Louis de Montfort’s act of consecration on the 27th of June, Feast of our Lady of Perpetual Help!

I was given a great hunger for the Lord and began to attend daily Mass and went to confession regularly spending more and more time with the Lord in prayer. The Angelus which I had long forgotten was one of the first prayers I felt inspired to pray again – the rosary too held a central place in my new found relationship with the Lord!

Around this time I received a visa for the States and because I was still unsure of God’s Will I headed off to Boston indefinitely. I lived there for a year sharing a house with friends near the sea! I spent much of my time taking care of Ida, a lady with Alzheimers. This was a wonderful blessing. I wanted to do something for the Lord so on my day off I helped out at the Franciscan homeless shelter in Boston. I continued to discern my vocation praying for light and guidance in a little Adoration Chapel down the street from me. While I was content enough I could see that the life I was living could never really satisfy me and the thought of religious life never left me. It gradually dawned on me that only the Lord could satisfy my heart and I knew at this point that it was His Will for me to enter. So I returned home to Ireland and told my mother and family about my decision. They were surprised but gradually got more used to the idea! My mother found the enclosure difficult to cope with but like all mothers bravely made the sacrifice and accepted it as God’s Will. My friends too were a little more than surprised at my decision.

I entered on the 8th of September 1994, Feast of the Birth of our Lady. A year later on the vigil of our Lady’s birthday I received my Franciscan habit and new name, Sr. Anthony Mary of the Holy Family. Six years later during the Great Jubilee year of the Incarnation, I offered my life to God in solemn vows of chastity, poverty, obedience and enclosure. Since then I’m learning how to do just that!

“Love Him totally Who gave Himself totally for your love”. This advice of both Sts Francis and Clare to their followers sums up our life as Poor Clares. It’s a daily challenge surrendering to God’s holy Will but in striving to do His Will as a Poor Clare I encounter life’s greatest opportunities – that of knowing and loving Jesus. It’s only possible with the help of His grace which He is always ready to give. I am so grateful to God for choosing me and calling me to live as a Poor Clare in the Church under the guidance and maternal presence of Mary, our Mother.