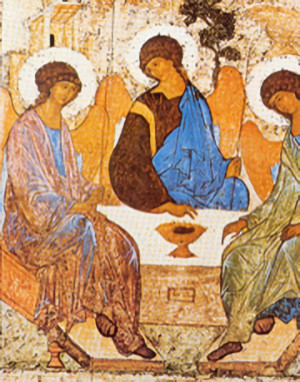 A vow is a deliberate and free promise made to God. [Catechism of the Catholic Church C.C.C. 2102] The most important vows a Christian makes are the promises made at Baptism, to renounce sin and Satan and believe in God, Father, Son, and Holy Spirit and to live by His grace as children of the Light (Eph 5:8).

Most of us were baptised as infants. The Church baptises infants because we are all born with original sin. We need to be freed from the power of the Evil One and brought into the realm of freedom which belongs to the children of God (cf C.C.C. 1250). By baptism we are made sharers in the very life of the Blessed Trinity. However at some later stage we need to personally accept this great gift and Jesus as our Lord and Saviour. This means we must say “Yes” to our Baptism so that this new life in Christ will bear fruit in our daily lives.

Each year at the Easter Vigil we renew our Baptismal promises.  Those called to marriage also take vows as do priests and religious, indeed religious consecration is rooted in Baptism. All the different vocations in the Church are like so many rays of the one light of Christ, who is the Light of the world ( cf John 8:12).

What Vows do Poor Clares take?

Like many religious called to follow Jesus more closely, Poor Clares take vows of chastity, poverty and obedience, also known as the evangelical counsels. Some religious also take a fourth vow which is a special sign of the charism of their order, or religious family, within the Church. Poor Clares take a fourth vow of enclosure, because for St. Clare enclosure was also an aspect of the most high poverty of the Son of God (cf. Poor Clare Constitutions 11.2).

When we love someone very much we want to be like them, to live and love as they do. The vows that religious take simply express their love of Jesus, who though He was God became man; “He became poor to make us rich out of His poverty”. “The Son of God has become for us the Way, that our blessed father Francis, His true lover and imitator, has shown and taught us by word and example” (St. Clare). 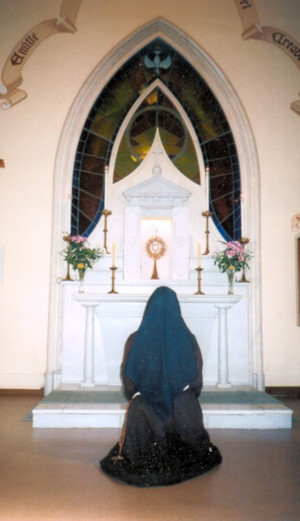 Why does Jesus ask some of His followers to live their whole lives in poverty, unmarriedchastity, and obedience?

God is love. He longs for our love also. One form of loving surrender to God is to live as Jesus did - poor, chaste, and obedient. Someone who lives this way has head, heart, and hands free for God and neighbour.

In every age individual Christians let themselves be completely taken over by Jesus, so that “for the sake of the Kingdom of heaven” (Mt 19:12) they give everything away for God - even such wonderful gifts as their own property, self-determination, and married love. This life according to the EVANGELICAL COUNSELS in poverty, chastity, and obedience shows all Christians that there is more to life than the things (even good things!) of this world. Only an encounter with the divine Bridegroom “face to face” will ultimately make a person happy. (cf. Youth Catechism of the Catholic Church; Youcat 145 )

Why a Vow of Enclosure?

The first biographer of St. Clare, writing less than three years after her death, says “...Clare enclosed herself out of love for her heavenly Spouse…”. For St. Clare and her sisters, enclosure arose out of their longing to love totally the One who gave himself totally for their love. In the mind of Clare poverty and enclosure go hand and hand, as enclosure is also her way of sharing in the deeper poverty of Jesus’ self-emptying in his Sacred Humanity, and above all on the Cross. By our vow of enclosure we give up our freedom of movement apart from approved exceptions— we have a very light carbon footprint! It is also our choice within the Church for living the mystery of Mary a life hidden with Christ in God. (Poor Clare Constitutions 11.2). 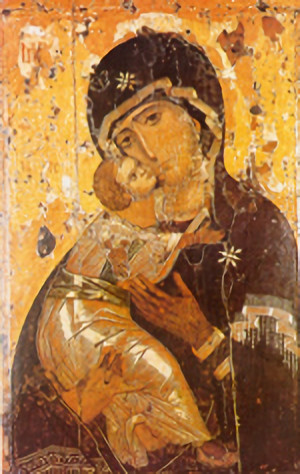 Enclosure can also be seen as a form of loving return to Christ for the gift of Himself in the Eucharist. “In reality Clare’s whole life was a eucharist because … from her cloister she raised up a continual “thanksgiving” to God in her prayer, praise, intercession, weeping, offering and sacrifice. She accepted everything and offered it to the Father in union with the Infinite ‘thanks’ of the only-begotten Son” ( Bl. John Paul 11).

Clare did not enclose herself in the Monastery primarily to practice penance but to place herself in the light of His Face. This did not make Clare turned in on herself and her Spouse but rather his co-worker. Writing to St. Agnes of Prague, her spiritual daughter, she says, “I consider you a co-worker of God himself and a support of the weak members of his ineffable Body”. There was no distress, anguish or suffering of others which did not find an echo in the prayerful hearts of Clare and her sisters.

What makes our form of enclosure a sign for everyone?

Clare hid herself, and her life was known to all; Clare was silent, yet the fame of her was everywhere heard; she remained in her cell, yet she was preaching to the city. This enclosed life is a sign and a witness of the greatest importance. Filled with the Spirit of the Lord, the sisters are able to bear witness to another world, that is, to the world of God and of his grace, to a world of fidelity, patience and mercy. Furthermore the sisters not only proclaim to the world the goal to be reached, that is eternal life, but they likewise indicate the way that leads to it.
( cf. Poor Clare Constitutions, 48)

We all need to set aside some time in our daily lives when we can be alone with God in the silence and solitude of our own hearts. Blessed John Paul 11 explains, “The Cloister brings to mind that space in the heart where every person is called to union with the Lord”. The joy that people often recognise in us has only one Source. This joy can belong to everyone when we open our hearts, like Mary, to God’s life giving Love, His Holy Spirit, and follow Jesus who is the Way! 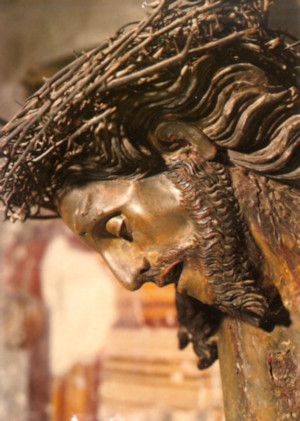 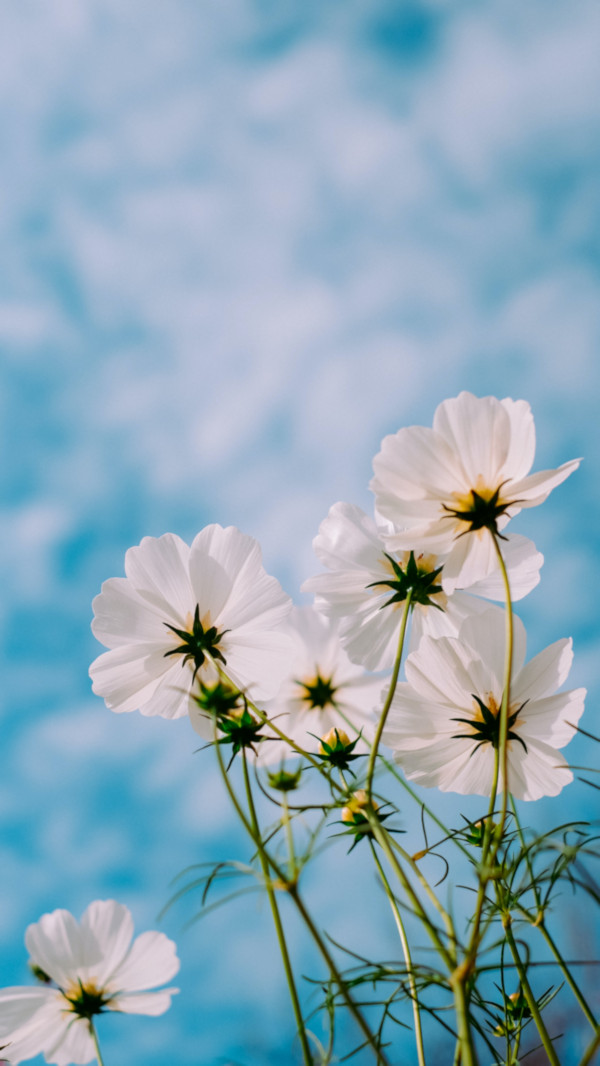 Verse 1
Little plant of Francis,
rooted firmly in the Lord;
giving forth a fragrance,
like a spring-time bright white flower.

Verse 2
Cling to His sweet Mother;
in her womb God was enclosed.
You can also carry Him
in your spirit’s chaste pure soul. Chorus

Verse 4
The Lord bless and keep you.
May He show to you His Face.
May the Lord be with you,
And be you with Him always. Chorus